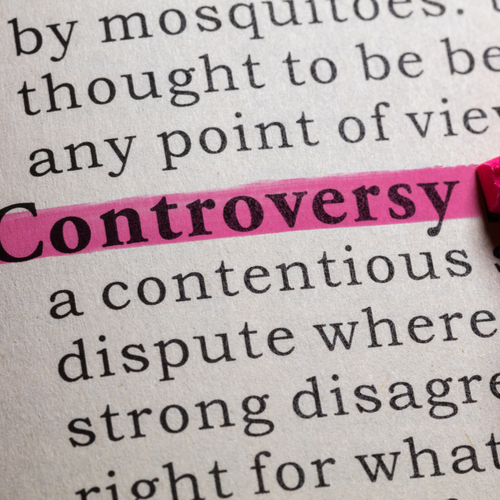 Have you ever heard someone on campus yelling about controversial issues or spewing out their religious beliefs and urging that you should follow? Although many people believe that this should not be allowed on campus, it is important that people are allowed to express their freedom of speech. Lively debate is very much promoted on the FAU campus and we must learn to respect each other’s right to have different opinions.

Any offensive language or personal attacks, however, is not allowed on the FAU campus. Some students and parents have had issues in particular with certain protestors on the FAU campus. I personally have witnessed this firsthand.

FAU, like all Florida public universities, applies something called the Campus Free Expression Act. This act is a law for public universities and colleges in Florida that allows these universities to allow visitors to freely speak in outside areas around campus. FAU has been a campus that has always promoted free speech by every person: an employee, a student, invited and uninvited speakers. As long as these visitors do not materially disrupt any scheduled or reserved activities on campus. This means they are not allowed to ruin another person’s expressive rights. The fact that this act prohibits visitors from materially disrupting other activities adds a bit of protection for FAU’s students and faculty.

Unfortunately, the worst part of this act is that people can engage in what some students and their parents deem to be hate speech on campus. Hate speech is seen as “speech expressing generalized hatred of a particular group on the basis of attributes such as race, religion, ethnic origin, sexual orientation, sexual expression, sex, age, or disability.” As long as these protesters are not harming students, they are allowed to express their opinion no matter how disturbing it may be. My advice is to just walk by it and do not speak to the protestors if you don’t want to engage in what they are preaching about.

An example of what someone might consider “hate speech” is the anti-LGBT and anti-feminist preachers. Every now and then you might see them preaching about their religious and social views. Sometimes, students become aggressive towards these people. In one incident, a student threw a stone at a preacher while another was run over by a golf cart. Just this year, the Boca Raton House of Representatives passed a resolution with a vote of 25-5 to have FAU’s administration notify students of abortion protesters’ presence on campus. The resolution will help students be aware of the demonstration on campus via email or a similar system. This will still need to be approved by the administration.

College has traditionally been an institution that exposes its students to different viewpoints. The belief is that this exposure teaches students to understand, evaluate and repudiate bad and sometimes hateful ideas. So, is free speech controversial? We are here to get an education and although some of the protestors and speakers are a nuisance to some people on campus, remember that they have a right to voice their opinion. So, next time you see a protestor preaching about something you do not agree with, just walk away!