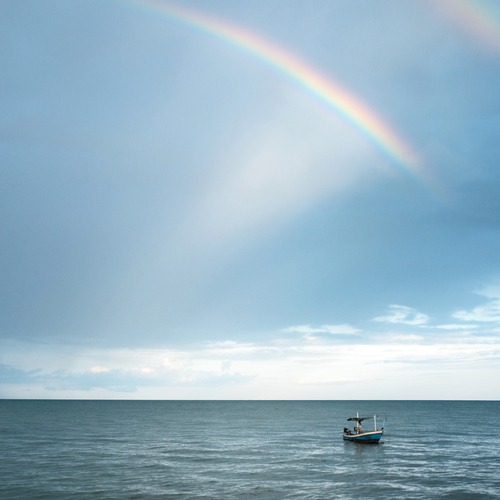 Prior to Hurricane Dorian, our blog talked a lot about Hurricane Irma which definitely left Floridians on their toes. Hurricane Irma will be remembered not only for its strength but for its impact on the entire state of Florida causing damage and destruction on both the east and west coast. Having lived in South Florida for over 25 years and hearing meteorologists throw out words such as catastrophic, I naturally felt anxious and concerned as I watched their facial expressions and heard it in their voices as they described the latest tracks. Hurricane Dorian was no different in that regard.

I am happy to say that this time my daughter remained calm throughout all the indecision and change of plans as the hurricane made twists and turns and UCF altered plans accordingly. Some of my daughter’s friends began to leave and head home, but some stayed too.  When the news started pointing more definitively toward Orlando, I asked her again to come home. She simply said, “Mom, this is not my first rodeo. I have plenty of supplies; have gas in my car, get some cash and have an evacuation plan to go to a friend’s house that has shutters if things change.” I have to say I was rather proud and actually felt comforted by her assurance that she was planning smartly.

Over the next few days, in the midst of all the preparations though, I tried to find just the right amount of urgency in my texts and responses to her questions so as to not scare her, but to continue to take planning seriously. She shared with me the list of supplies she gathered telling me she shopped early having remembered that in preparation for Hurricane Irma we tried overnighting things via Amazon, but most things didn’t arrive until well after the storm. The good news was that she still had the flashlight, batteries, and battery-operated candles. Perhaps we should add those items to our New Student Shopping guide.  Last time she found water at a gas station since Publix and Target were already out by the time she shopped. I reminded her to park her car on a high floor of the garage in case of flooding on the ground floor.

UCF has taken a lot of criticism from parents who felt there were too many plan changes for Irma, but honestly, like Dorian, she couldn’t make up her mind and they tried to do whatever was going to be the safest option for our kids. This time they made their plans clear and concise as to closing dates and which dorms would remain open or closed. UCF made decisions early – well, the fact that Dorian was a SLOW moving storm helped, but it also prevented students from risking gas becoming a rare commodity as highways went into a standstill as it did with Irma. I know not everyone will agree, but I think that UCF did a good job of alerting the students about shelters, what to do, where to go, how to stay safe and so on. I was actually pretty impressed with how quickly I was getting information.

As classes are back up and running, UCF has notified their staff, to be flexible when it comes to homework, assignments and so forth. Professors will be emailing students changes to their academic schedule for the semester.

If you haven’t already, be sure to sign up for emails and perhaps get into a Facebook group for UCF parents. Someone there always knows the answer.

If you were to ask my daughter or our interns how they felt UCF did, most would tell you that the alerts were being sent to all students as changes were made. They understand that even the best meteorologists could not, with 100% accuracy, predict where this storm would hit and that UCF did a good job of keeping them informed. Additional information on UCF’s storm preparedness can be found below (go ahead and bookmark them in advance).

UCF has launched a donation drive for the aftermath of Hurricane Dorian.