Why Do We Shame 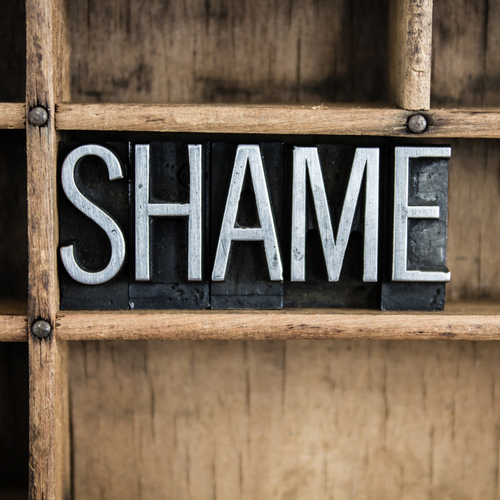 If you use any of the social media platforms, you have probably seen a monumental increase in shaming, criticizing, and judging. It is a shame. Back in 2006, when Facebook opened its social media platform to non-college students, I  thought it would be a great way to stay in touch with my niece and read about her experiences. I did not have any friends who were using Facebook at that time. During these past fourteen years, I have used Facebook to share family photos, market a charity’s fundraisers, sell in the marketplace, and reconnect with old friends and acquaintances. I think it is a great platform for small businesses, such as HaveUHeard. And, while they added the groups feature over a decade ago, during the past two-plus years, I have noticed an increased amount of parent shaming.

Our parent bloggers had students at the universities on our website so we were welcomed into all of the university closed Facebook groups. It allowed us to answer parent’s questions in regard to businesses and services around the college campuses as well as share insider information, tips, and helpful resources that we learned either on our own or from friends. Recently, we have seen innocuous posts by parents met with other parents shaming them for not letting their student grow up or being a helicopter parent. During 2020, when we had both a presidential election as well as a pandemic, the shaming only got worse. We would often see unoffensive posts rapidly escalate into a political or pandemic thread having little to do with the original post.

Parenting is complicated. It comes with no rule book. Many of us use our experiences growing up as a guide to how we want to parent. We also make parenting decisions based on articles we’ve read, advice from friends, or perhaps parenting websites and groups. As parents, we all approach our roles differently; some of us are very involved with our kid’s lives while others have kids who function very independently. Some of us never went to college so do not understand all the nuances of college life. Some of us have kids for whom getting into college was a milestone as their kids had to overcome many obstacles. Some of us have very independent kids who share nothing about college and are looking to learn how to navigate the silence (not judgment) and some parents would rather ask other parents for their help than spend the time looking up the information themselves.

We have also seen the creation of new groups whose sole purpose is to parent shame. The group takes screenshots to ridicule questions asked by parents. Shaming others serves no purpose than to ridicule or make someone feel bad. Most people know and understand that engaging in the practice of putting others down is simply an unfounded attempt to make one feel good about themselves. Used at its worse, it is meant to control other people’s thoughts and opinions. There have been documented cases of detrimental tragedies as a result of continued belittlement of those who feel constantly shamed and ridiculed.

Facebook, Instagram, Twitter, Pinterest, TikTok, YouTube- all of these social media platforms- offer users the opportunity to reach out to others for tips, advice and so much other useful information. But it also has allowed others, perhaps due to some anonymity, to judge, criticize, and shame both those that are famous and those that are not. There are many proverbs and biblical quotes that address those that judge including one I grew up hearing from my parents “Don’t judge a book by its cover.” Another well-known one is “Don’t judge a man until you’ve walked a mile in his shoes;” HaveUHeard there are over 100 biblical quotes about judging one another? Judaism, the religion I identify with, includes laws and obligations that people judge one another fairly, and with loving-kindness.

Tbh, for far too long, there are some on social media who feel emboldened to judge and shame others for something as benign as the way a person dresses to more malicious attacks; it is, unfortunately, something we’ve seen done by and to politicians, sports figures, actors, singers, and other public figures,  so why are we surprised by everyday people, doing the exact same thing?

For a company or brand, using social media has become complicated. It is often a battle to support a cause or stand up for a belief without repercussions. Brands that rely on digital media to promote their business are faced with a double-edged sword. Stand up for a cause can lead to attacks from those that hold an opposing view and that leads to many going down the proverbial rabbit hole. We ourselves have felt the shaming by other parents. Initially believing we could change their opinion, we would reach out to learn more about their comments but it was clear that many of these people believe they can share inaccurate and unfounded information and are unopen to a frank discussion that would discredit their misinformation. We determined that it was best to just scroll past their negative comments.

What we should be most concerned about is this mentality that it is acceptable to engage in shaming for no other purpose than to make someone feel bad about themselves. It is the unintended result and what may eventually be the bane of social media.

As a person who uses social media for my business, for recipes, for fashion ideas, for travel, for many varied interests, I try to carefully vet out the fictitious comments and vitriol but I also cannot help to feel that It’s A Shame we are at this place where we tolerate this type of behavior.