Is an A Really an A? 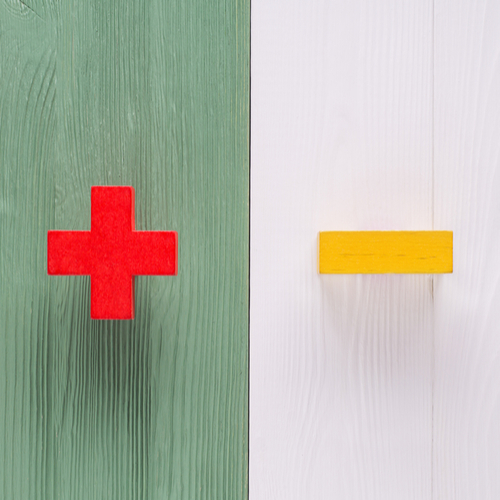 Is an A really an A, or does plus or minus Count?

Is that A really and A? Give or take a plus or minus? The University of Central Florida is ranked as a college of excellence among other national universities. This level of excellence is a balance of many things including rigorous academic courses and competitive entrance exam scores. Technically speaking, it is a UCF policy that all professors use the plus/minus grading scale so most classes follow this rule. UCF strives to uphold a strong academic standard and, because of that, the GPA scale can either work for or against you. So you really need to count each plus or minus for the best grades! Here is the official GPA break-down:

This GPA scaling system can be tough; however, it serves to encourage students to continuously work as hard as possible for the chance for a better grade. For example, a student that studies consistently to achieve 89% versus a student who skates by getting 80% but receives the same 3.0 GPA may seem unfair. This system is designed to prevent that from happening and better reflect the efforts of many students.

For certain majors, getting that minus next to a letter grade can affect your overall GPA which plays a large role when applying to graduate school or getting accepted into an extremely competitive program. For other majors, where perhaps your experience and portfolio weigh more heavily when it comes to getting a job, the difference between an A and an A- may not be as important. Of course, one must also take into account that not all classes even use the plus and minus system. In that case, an A is actually just that, but so is a C actually a C.

Depending on what major is chosen and the rigor of the classes that must be completed for your degree, some classes curve and some do not. Some professors also don’t use the traditional grading scale. For example, while an A is usually between 90%-100%, some professors start the A at 85% or a different percentage which is up to their discretion. This applies to any letter grade. Or, to further confuse things, one of our interns recently reported her class was scaled with the usual A-C letter grades, but a D ranges from 35%-69%. This sounds horrible at first, but in actuality for those students at risk of failing, it won’t hurt your GPA as much. Chances are if this is you, you will still have to take the class over, but the D is not as harsh as an F to one’s cumulative average. Make sure to pay attention to the syllabus and the professors grading scale.

Another grading scale used is the No Credit grade. NC is often used for STEM classes when a grade falls in the D category. Instead of it affecting your GPA you get NO CREDIT and therefore it doesn’t hurt your GPA so drastically. Basically, you just paid for the class, but you don’t get a grade. Chances are you will retake the class for a letter grade next time, but it can be a better option for taking the poor grade when it is too late to drop the class. The NC still shows up on a transcript.

Finally, some classes are graded as satisfactory or unsatisfactory (S/U) and don’t count towards your GPA, but still show up in your transcript. Pass on these great tips, tell your friends and like us on Facebook, Instagram, Twitter, and Pinterest. Find out more about how to use HaveUHeard as a great resource. Sign up for other great tips at haveuheard.com.