Rushing His Way… The Fraternity Truth 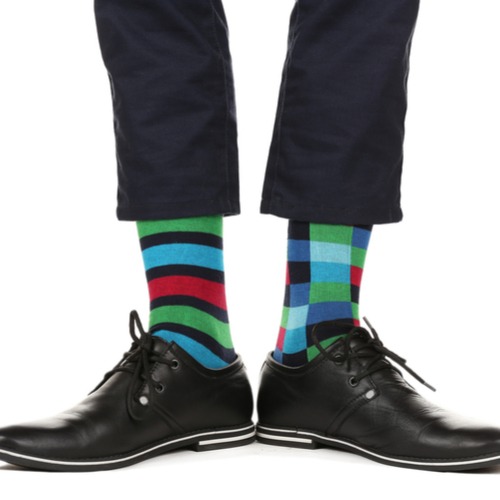 Fraternity Truth, Is It Really like The Animal House?

Going back to 1978 with the release of “Animal House”, which became one of the most successful fraternity comedies of all time, to 2014 with the release of “Neighbors,” fraternities have been portrayed as groups of Neanderthals that do nothing but party, drink alcohol and abuse drugs. Fraternities have been called out on national television for purported participation in horrific activities. Certainly, if a fraternity house is engaging in behavior that crosses the line, they should, and will, end up either on suspension or maybe even kicked off-campus. But talk with many of the young men in fraternities at UM, and they will speak of brotherhood, a lifetime of friendships and access to leadership positions on campus.

The University of Miami currently has 18 National or International fraternities, 7 of the 18 have houses on campus, the other 11 have suites in the Panhellenic Building. Recruitment is year-round with formal recruitment periods at the beginning of the spring (all eligible students) and fall (sophomore or older).

For parents of incoming freshmen, you have probably started to hear about the fraternity rush. The way rush is handled for fraternities is radically different than sororities, but I am glad to give you the parent perspective on both (check out our blog on sororities here). Either way, you will not find too many who love the process.  But like it or not, Greek life does have its advantages, and kids are probably not going to forgo the rumors about rush if it means not joining. To ease the nerves of every parent, The University does not allow hazing of any kind; in fact, the U has an absolute prohibition on hazing.  Please click here for the University’s Hazing Policy. If a hazing incident is reported, the fraternity or sorority will face action from their respective Council’s Judicial Board.

Fraternity rush is somewhat disorganized and a bit chaotic.  The more official rush is usually the second or third week of school when many of the chapters will host lunches, table out on the green or in the breezeway to talk to students, and nightly events at the house or other various locations. At that time, boys go from house to house, where they are greeted by brothers who will “interview” them. They can spend practically a whole evening, if they choose, at one house and never get to others.

They can get asked to leave (yes, asked to leave, as in, “We don’t think you will fit in here. You can leave now”) regardless of how much time they have invested getting to know some of the other brothers. They do not have to go to each of the eighteen fraternities; they go to the ones they want to. This can lead to boys putting a great deal of time and energy into specific fraternities that they may get their hearts set on and may or may not get a bid for. In the end, this could mean not getting a frat at all; particularly if they didn’t make the rounds, per se. Try to encourage your son to broaden his horizons and check out all the frats, not just the ones deemed popular, touting a reputation they would like to be associated with and/or cool Greek letters. He may be pleasantly surprised by some of the smaller fraternities. Try to stay in touch with your son as his support system; should he need it. The rejection is real.
Most boys do find their fraternity; others may not get accepted to the frat of their choice, but there is a second rush opportunity in the spring. There are many alternatives to the social life fraternities provide as well. To help smooth out the feelings of rejection, particularly if some of his friends got asked back, remind him of the many other houses or diverse clubs and activities outside of Greek life.

Fraternity houses at UM are located on what is called Fraternity Row, (on or very near to San Amaro Drive). Some are aesthetically nicer than others but do not try to compare any of them to the sorority houses. (Insert image of Animal House here.) Yet, as recruitment begins most boys will already know which frats are considered the most popular and which preconceived labels go with each. That is exactly what can make this a difficult process because just like in the real world, rumors are not fact. If you have any influence at all, encourage your sons to look beyond the Greek letters (all houses have a combination of them) and have an open mind. Hopefully, your son will be able to move beyond the labels and focus more on finding like-minded young men and a place where he will fit in. He may also want to consider the fraternity’s’ national standing. This can come in rather handy later when looking to network and find a job in the world beyond college even in another city.

Here is a little about how it works.  Let’s say your son gets a bid from the house he wants. A bid is basically an invitation to join their fraternity. They then have three options to either 1.) Accept the bid and rush is over for him or 2.) Sit on the bid, the most common choice during rush week, as it allows him to continue to visit other frats and maybe even collect more bids. In the end, he can only accept one of the bids or 3.) Decline a bid and continue the hunt.  And then the fun really begins; pledging.

Once a bid has been accepted your student becomes a new member. Try not to let the rumors of hazing worry you because chances are it will never happen. What is more likely is that your son will spend the next few weeks doing inane things like writing love letters to the frat sweetheart in alphabet soup letters, washing brother’s cars or doing their dishes, wearing a purple Teletubbies costume to class (Yes, my daughter was in class with such a boy), writing and performing a short play, playing basketball in a suit and tie, being on call as the sober driver for brothers, and so on.

So far I haven’t sugar-coated rush, so I won’t start now. Rush is based on first impressions, judgments, and appearances; certainly in the first few rounds. This being said, mention to your son to be sure his social media is looking good. Don’t think they won’t check. The Interfraternity Council tries to promote the positive aspects of joining a fraternity and takes it very seriously.  They try to oversee that regulations are upheld, but they can only have eyes in so many places.

At this point, you may be thinking why would I want my son to subject himself to going through this process? Personally speaking, while fraternity life may not be for everyone, they do offer a lot of benefits including being extremely visible and active on campus, involvement in philanthropies and they make the size of UM seem a little smaller.  Fraternity brothers partake in rituals that are unique to their letters, nationally and internationally, promoting brotherhood. Frats provide leadership opportunities as they are student-run organizations. Fraternities also teach our young men great interviewing skills as they are often asked off-the-wall questions that promote thinking on their feet. It teaches them a great deal about social interactions and hopefully about being a gentleman as they will always be representing their letters.

If I am speaking Greek, let’s address some of the particulars. Each chapter charges its members’ dues. These dues pay for all of their programs and materials as well as their obligations to the inter/national office. Each has a different cost, but dues range from $300-$1,000 a semester. While there is a financial obligation, chapters do create payment plans for members needing special consideration. There may also be additional fees for out of town retreats, formals, etc.

Learn the facts about University of Miami Fraternity recruitment here 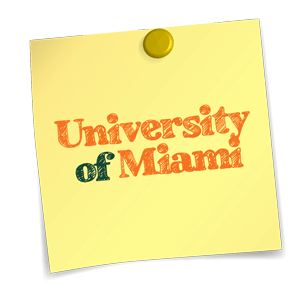