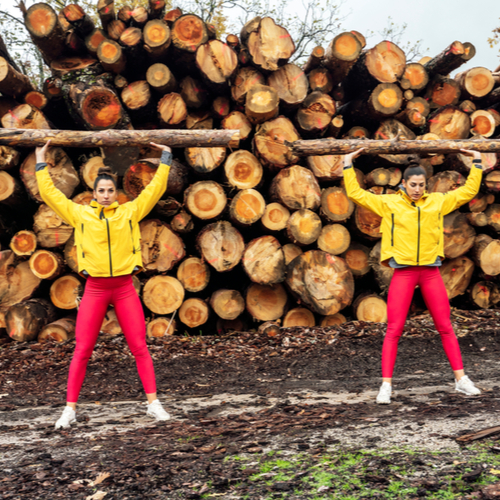 Being a Twin Can Be Complicated

If you are a new follower of HaveUHeard or not familiar with the founders, you may not have noticed that the blog was created by my identical twin sister and me. We definitely bring different perspectives to the company. She is more analytical  (left-brained) while I tend to be more creative (right-brained) so it is no surprise that she only writes our financial blogs and oversees the accounting and money aspect of our company while I oversee the creative side of the company.

One of the many questions we get is “What’s it like being a twin?” I always find this to be such an odd question because I don’t know what it’s like not being a twin. Oftentimes, I want to ask, “what’s it like being a solo child.” But, because multiples seem to be so interesting to people, I try to put my sassiness aside. If I were to think about the best part of being a twin is that you never feel alone. You always have someone that has your back.

We have been confusing people most of our lives because we are identical and we look so much alike. Of course, we used that to our advantage switching classes in elementary school and high school, which led to a trip to the principal’s office. I even recall my mom asking me to take a grammar test for her that she was having trouble passing. Up until we were 10, my mom dressed us the same, maybe varying the colors. We had nameplate necklaces which perhaps was her way of helping my dad and other people tell us apart. That pretty much changed when we hit middle school.

She is the Louise to my Thelma, the yin to my yang. We do not feel each other’s pain (another common question we get asked) but we have been known to call each other at the same time or when the other was about to call and finish each other’s sentence. When you grow up so close to another person, I think it is natural to sense their emotions or thoughts so whether that is twin telepathy, I could not say but it happens often when we are texting (and one says, I was literally texting you the same thing). I think as different as we are, we are also somewhat similar. Because we are identical twins we’ve had to work twice as hard (ironic) to carve out our own identity. Most kids did not even try to tell us apart or figure out our names; they just said hi twin.

We definitely did not share boyfriends (one of those other questions we get along with some curiosity by males as to whether we would share boyfriends); we only once liked the same person but I will say for the men who have been in our lives, it is complicated to date twins that are close to one another. For one, no one comes between us ever. Another challenge is we tend to put each other above others which are not always great for a marriage. I think her husband (ex) and my husband (deceased) appreciated and respected our relationship sometimes but also sometimes felt that they were second in our lives.

As adults, it is strange to have someone come up to you and start talking to you as if you know them but you sort of think you don’t know them. The first thing in that situation we have found ourselves doing is thinking “Do I know this person and am I that forgetful?” Typically they will either throw in a word or statement that confirms that you are not absentminded and forgot meeting this person. The odd part is having to tell that person you are not who they think you are and then explain it is your twin sister; they’re embarrassed and you go between feeling bad for them and laughing about it. Another common statement that follows this situation is when they state “I didn’t know so-and-so was a twin.”

The short response is that as a twin when I am meeting new people in a more acquaintance type relationship, I don’t ever say “Oh if you run into so-and-so and they don’t say hi, it’s my twin sister.” It is definitely not something that would come up in a conversation. Even now that we are older, we always notice when we are walking through a mall or other crowded venue, someone either staring or pointing at us (yes, some people are not that subtle). Right away, we say to each other “twin alert” meaning we’ve been noticed. Sometimes this can make you feel as if you are part of a circus attraction. Of course, we know it is weird to see double but it is even weirder when people are staring at you.

Even though we both grew up playing sports, cheerleading, being tomboys, and liking a lot of the same activities (although she was definitely better at sports than I was), we have very distinct personalities. She is chaotic where I am calm. She is more adventurous than I am so when we are together, I definitely will do things outside of my comfort zone. Being an identical twin is part of our identity – it is having a built-in best friend who knows you better than anyone else could. It is having someone who will drop everything for you if you need help, support, a shoulder to cry on, it’s sharing inside jokes or just words that no one else but us will get… it is a connection like no other.