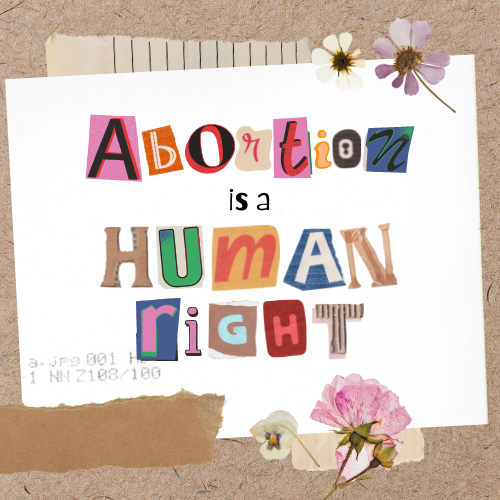 How Did The Supreme Court Rule

It’s official. Roe v Wade is overturned. Five judges changed that. The leaked documents were a precursor to what was coming. Roe v Wade provided women with the fundamental right to choose. This law has existed for almost fifty years.

As a Jewish woman and a mom to two daughters, several nieces, and a grand-niece, I worry for their future.

Where Do We Go From Here?

I have never known a world where a woman did not have the right to choose. Perhaps I have taken certain rights for granted. Now, I worry about other rights being taken away.  Supreme Court Judge Clarence Thomas states that SCOTUS “should reconsider” contraception and same-sex marriage rulings. We should worry.

I read that we are being alarmists to believe other rights are at stake. The same concerns were raised during the confirmation hearings for Brett Kavanaugh and Amy Coney Barrett. After Friday’s vote, we should take these comments seriously. Where do we go from here? States are scrambling to enact their abortion stance. Thirteen states with trigger laws on the books will outlaw abortion or inact strict abortion laws. Other states have passed laws that outlaw abortion at various stages in a pregnancy.

Some states will protect a woman’s right to an abortion. But, where we go from here is complicated. It is a divisive issue whether you are pro-choice or pro-life. By having states make their determination, it opens up pandora’s box. For example, women in states like Texas, Alabama, and Missouri will be forced to travel to other states to seek an abortion. Who will pay for those costs?

By making abortion illegal, abortion will not go away. It will become more dangerous and have significant impacts, as my family experienced.

We can march. Write to our legislators. We must vote in state elections. In a symbolic gesture, the Senate took its first-ever vote on the Women’s Health Protection Act. As expected,  it failed along party lines. Both of Florida’s state senators voted Nay. Only one is up for reelection in 2022. Make it your mission to educate yourself on your candidates’ positions regarding policies you support.

Florida’s current governor is also up for re-election.

For state laws and national laws, elect those represent your beliefs.

More Government. What Financial Impact Will It Make?

This will have the greatest economic impact on our most marginalized. The Republic Party’s position has always been for reduced social programs. I find it astonishing that Senator Marco Rubio is now sponsoring a bill to protect mothers and their babies. He has stated that he will introduce the Providing for Life Act which will be “sweeping legislation that will address some of the funding needed to support low-income women and families.” This includes:

Expanding the WIC program and many other programs expands government, the antithesis of the Republican Party’s position. Who will pay for these programs? Raise taxes on the middle class? Personally, I  am not against taxing the wealthy to pay for social programs. However, Republicans oppose raising taxes on the wealthy.  And they oppose big government.

What About The Separation of Church and State?

The ambiguity of that line makes recent Supreme Court decisions complicated. In Carson v Makin,  the Supreme Court ruled that a Maine program that excludes religious schools from state tuition violates the free exercise of religion. Here are the specifics of this case. In my opinion, the decision further erodes the separation of church and state.

Additionally, on June 26, 2022, the Supreme Court ruled that the First Amendment rights of a high school football coach were violated. The coach was fired for praying at the 50-yeard line after games. Again, I have no issue if someone wants to pray whenever and wherever. As long as my rights are not violated.

Much of the rulings are couched in Christian beliefs. Take abortion. As a Jewish person, I know that Judaism allows abortion when the pregnancy endangers a woman’s life. Additionally, aside from Orthodox Judaism which opposes most abortion aside from those mentioned above, Jewish law does not legally consider a fetus deserving of equal protections given to human beings until the fetus attains the status of a full person only at birth.

As far as the football coach praying, I honestly do not care. But, players must not be forced to participate. It is just another example of the erosion of church and state.

In addition to voting, you can support and donate to organizations that support women. These include:

Many US companies are supporting employees who may need an abortion. Personally, while I laud these companies, it is a complicated decision. You can read the June 27, 2022, updated list.

Some of these companies’ motivations are not always altruistic. It is a smart business decision because the participation rate of women aged 20 years and older, adjusted seasonally in May 2022, is 58.3% of the labor force. The impact on hiring and retaining employees and customers forces corporations to take a stand. What I find so interesting is that many of these corporations have previously supported the candidates voting against women’s rights.

Based on recent Supreme Court rulings, it is easy to believe that our opinions do not matter. Most Americans favor a more balanced outcome to Roe v Wade, not a complete ban. Just as the majority of Americans favor and support common-sense gun control. In both of those cases, our voices did not seem to matter. Nevertheless, anyone of voting must educate themselves on what the candidates support and vote for those more aligned with their beliefs.