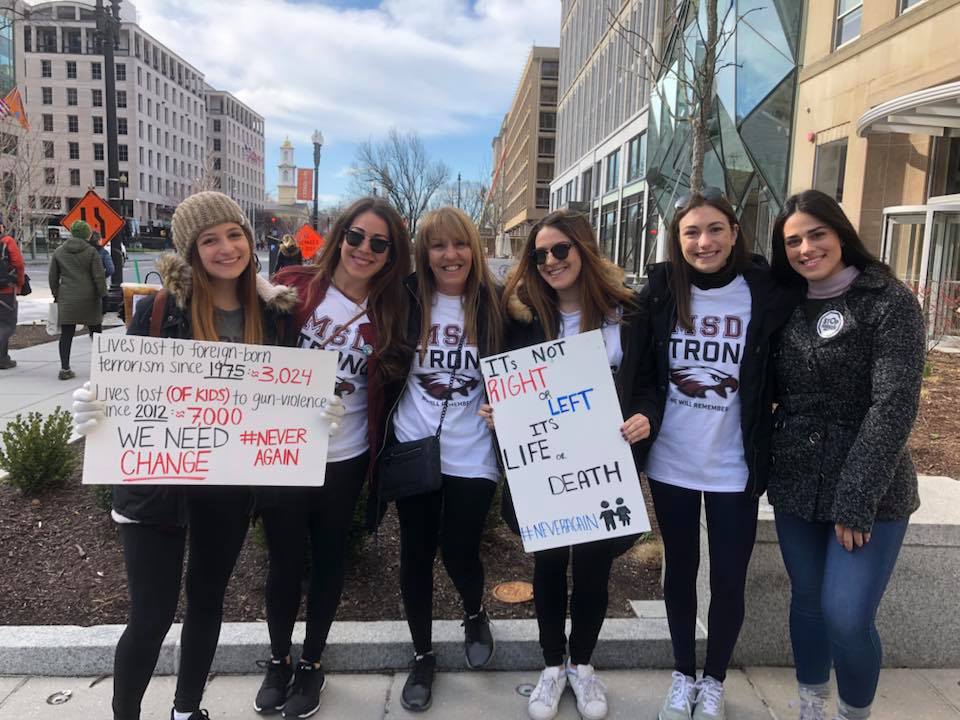 Not even 24 hours after the Texas elementary school shooting, politicians on both sides of the aisle began posturing over gun reform. Digest that… less than 24 hours after 19 children and two teachers were massacred. Only a few politicians spoke about it being time to compromise to end the mass shootings, the most impassioned coming from Senator Chris Murphy from Connecticut. Even  Warrior’s coach Steve Kerr’s statement at the pregame press conference was more heartfelt than some of our politicians.

“What Are We Doing?” and “When Are We Going to Do Something?”

To be clear, I live in Parkland, Florida, and am very much aware of the impact and toll that mass school shootings take on a community. I’ve lived in Parkland for 16 years. My daughters graduated from Marjory Stoneman Douglas. They had friends who had siblings in the building during the mass shooting. And teachers they came to know and care about. While I may not have known any of those that lost their lives that day, it did not change the grief and sadness that enveloped my entire community and me that day.

Call it naivete, but I truly believed our country would make changes and pass sensible gun reforms after Columbine. And Sandy Hook. And Pulse Nightclub. The Route 51 Harvest Music Festival. And then again, in my hometown in 2018. We even went to the March for Our Lives in Washington, D.C. because I thought, finally, there will be policy change. 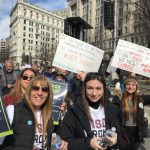 But here we are, over four years later, and still, I am asking, like Senator Chris Murphy, “What are we doing?” Or like Steve Kerr, “When Are We Going to Do Something?”

Why Can’t We Get Common Sense Gun Reform?

Washington politics is dysfunctional when it comes to gun reform. It’s because they postulate the idea that there is only one solution. What if they were to listen to many solutions? But they both stand their ground and again, no policy change.

The rhetoric for change that seemed deafening is replaced by another news cycle. There are no mutual concessions; therefore, nothing happens.  Gun legislation was introduced after Sandy Hook took the lives of 20 six and seven-year-olds and six adults. Most were defeated. Think about that. 20  six and seven-year-olds were killed, and, it still was not time for compromise. This year marks a decade since that horrific mass killing.

There are those still serving, as well as new congressmen, that do not seem to understand the meaning of compromise. To work with their constituents to meet in the middle. It was long past the time for compromise after Columbine, Sandy Hook, Virginia Tech, Parkland, and San Antonio. After Uvalde, it is ABSOLUTELY time for compromise.

Here we are at the end of May and there have been more than 200 mass shootings. Of course, it involves mentally unstable individuals. I mean, a person would have to be mentally unstable to commit these atrocious acts. Some have fallen through the cracks. Some were never on anyone’s radar. Mistakes were made at Uvalde. Before any carnage was committed, opportunities to confront the shooter did not happen. Unfortunately, the could of, should of, would of will not bring back those who lost their lives.

While I accept that there is not one specific solution that will prevent every mass shooting, there are some reasonable solutions that should be passed on a national level.

How A Mass Shooting Changed Our Community

There but for the Grace of God, I did not have kids at MSD at the time of the mass shooting. But I have a daughter living in NYC that has seen its share of shootings, most recently on the subways. And I have three family members that are teachers. The MSD shooting forever changed our city.

The effects trickle down. First and foremost,  it impacted an entire student population that was in the school that day and their families. Many of them will suffer from PTSD for most of their lives. The sound of a car backfiring or fireworks easily set off a panic. The residual impact was people who moved away from our community, the first responders, and medical personnel who treated victims. And then, it was our entire community that lived with a black cloud hanging over our collective city. A city that most never heard of prior to February 14, 2018.

So yes, there is a cost to that. Not just financial, because money doesn’t take away the pain. But the mental cost. We are a resilient community with many new residents. And while we have found a way to move forward, every Valentine’s Day is a stark reminder. It is not something you forget. But back then, I truly believed that this time would be the time for compromise.

As long as these mass shootings continue, I will continue to vote out those that are doing nothing. Our congressmen cannot afford to be complacent when it comes to gun reform and policies. They have one job to do and that is to make time to compromise with their constituents that hold different views and opinions for the betterment of our entire society.

I am angry, frustrated, and saddened that our schools are still soft targets. That is not to mention grocery stores, places of worship, movie theatres, and concert venues. What about our personal freedom to peaceably assemble and practice our religion.

Media trucks roll in and take over our towns. People coming to pay their respects. Crosses and Star of Davids appear with the names of the deceased. Flowers, candles, stuffed animals, and posters adorn each site of carnage. We get to meet by name, the victims, and learn about each of them, as we should.  But then, another story, possibly another mass shooting, dominates the news cycles and our congressmen go home.

We can’t afford to remain on this hamster wheel. We just can’t. That is why our votes are critical. We need changemakers. And politicians who bring common-sense policies around gun reform.

The #neveragain hashtag trends after each mass shooting. Perhaps we should change it to #again. Because that is where we are. Again and again and with more frequency.

I am tired. Tired of watching communities being torn apart. And, tired of politicians playing armchair quarterbacks to fit their narratives.  At synagogue, I now look for the closest exits. Kids feel the same way at school. My God, active shooter drills should never have been the answer to our children protecting themselves from mass shootings.

On June 11th, 2022,  I will once again participate in March for Our Lives and pray that our congressmen find time to compromise and institute policy change. At least, give the American public a fighting chance.