A Very Dangerous Place for a Child Is College 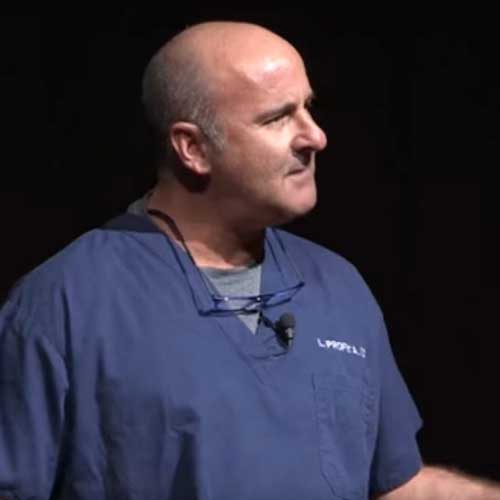 A Very Dangerous Place for a Child Is College

“Colleges should do this and colleges should do that, everyone says?” I walked across the front of the auditorium, stopped and faced the two hundred young men who had invited me to their fraternity house to speak. “Really?” I paused some more. “Colleges are supposed to do what… protect you from you?”

It was a simple question, one they perhaps had not thought about in a world where some modern parenting involves hermetically sealing the previous 18–20 years of their lives from anything that could possibly hurt them. In reality, some of their parents—people who love them the most—were setting them up for academic failure, a lifetime of addiction … and even worse … their death.

“It’s the incoming freshmen that cause most of the problems,” the upperclassman told me as he walked me to my car. “They come in, away from mom and dad, and they are out of fucking control. Trying to fit in, I guess, things like that. Most of the upperclassmen, well, I mean are kind of over that. More future-oriented, I imagine,” he said, kind of exasperated.

“I believe it, I absolutely believe it,” I said. I thanked him for his leadership and went on my way, pretty much the same thing I’d had been hearing all over.

It had been about two years since I wrote the viral essay, “A Sunday Talk on Sex, Drugs, Drinking, and Dying with the Frat Boys,” and since then I had been traveling the country speaking on campuses brave enough to have me. I hadn’t held anything back from the students. I warned them beforehand. I was coming from a different place, a place where doctors do rape exams, pump veins full of Narcan and epinephrine, look at the clock and pronounce time of death, and break horrible news to moms and dads. I had become kind of sick of it (giving out the bad news, I mean). It didn’t seem like much was working to change the tide of opiate abuse, reckless behavior, and other causes of death in young people so I figured I’d start going to the source and begging these students to, well, grow the fuck up.

Most loved the candor, the openness, the willingness of a seasoned ER doctor to answer uncomfortable questions about drugs and alcohol, sexual assault, and hazing, and a whole host of semi-taboo topics. But it was the questions when the “adults” were out of the room that made me say to myself, “Holy shit… so many of these ‘kids’ have absolutely no business being in college.”

“What about whippets, what if I just snorted one Xanax, can you really soak a tampon in alcohol and get drunk, is cough syrup OK to mix with vodka, is ecstasy and molly the same thing, can’t you just strap a backpack to them to keep them from rolling over so they don’t choke on their own vomit, what about Phenergan, what’s in skittles (not the candy), how many milligrams of THC can you eat and not die, are they starting to add stuff to coke (not the cola) that makes you more hyped, how much does it cost to go to an ER, will you call my parents if I go, how can you tell if your roommate is suicidal, what if you know your roommate is using heroin … should I tell their parents, how do I tell if the ‘bars’ I bought online are not fentanyl, I got raped last year… should I tell someone now, I think my roommate is going to probably kill herself…who do I tell?”

As I’ve traveled the country, these are just some of the questions and emails I have gotten from your college students. I try to approach them with openness and honesty, as a doctor and a father who almost lost a child to cancer, and I tell them that I want them to live a long life and experience the joy of holding their own child in their arms one day. I tell them they can always email me and I’ll find them help if they need it. Occasionally, they do. Most of the time it’s a parent who drops me a note and says something like, “Thank you, my kid called me tonight after your talk and apologized for every stupid thing they ever did.”

Yeah. These are a fraction of the questions your kids are asking me, and I have come to the simple realization: some of these young men and women are simply too emotionally immature and lack the basic self-control and sense of personal responsibility to be in college. 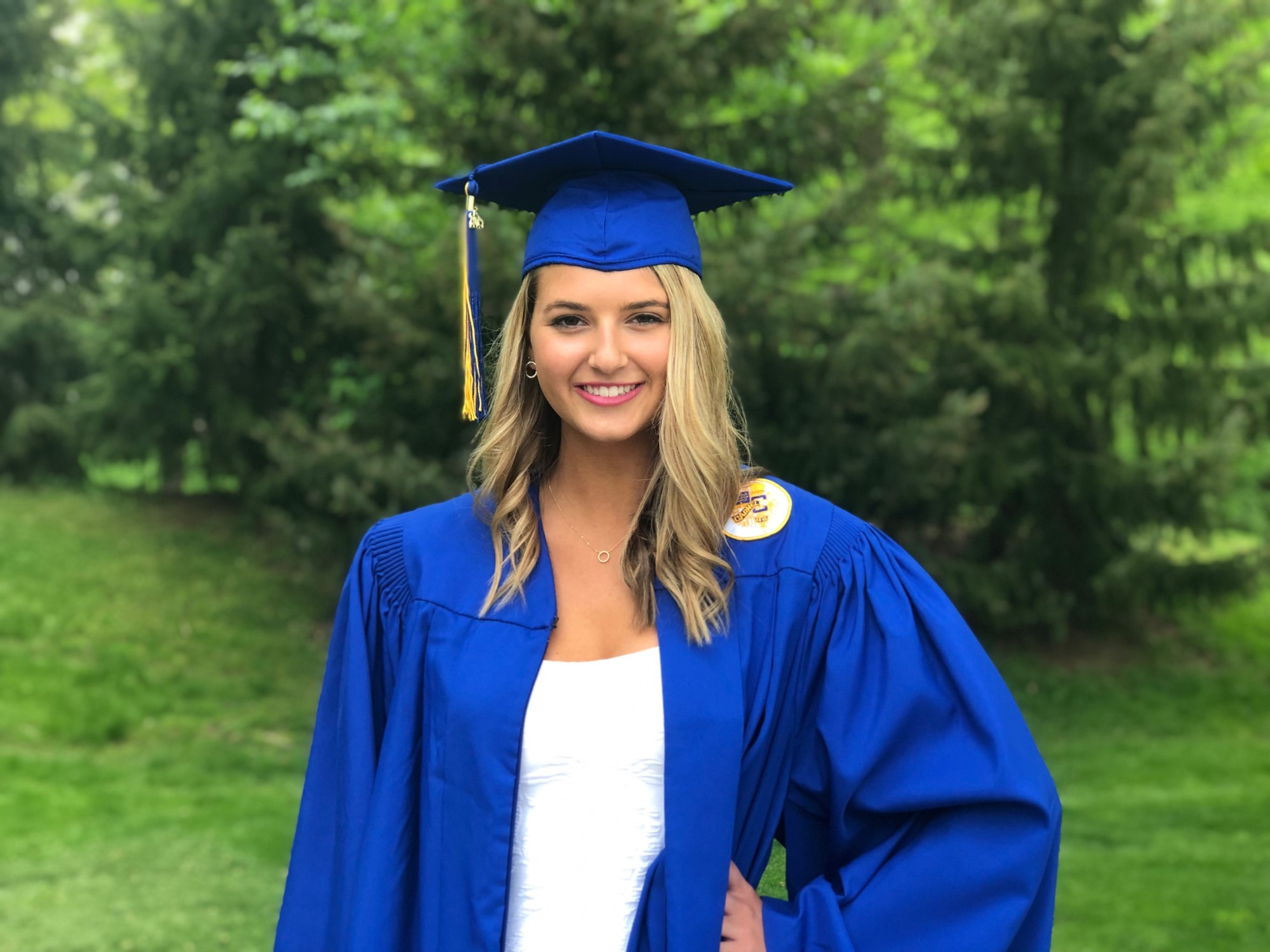 College will still be there. It is not a race to adulthood.

Let that sink in for a second: Some of your kids, in fact, many of your kids are not ready for college—and if you think college administrators can or will protect them, you are dead wrong. They’ll act like they have it under control and tout their counseling services, student health, etc., but they don’t. When things go bad, they’ll point the finger at fraternities, or a toxic sports culture, or bullying, or whatever in order to shift the blame rather than admitting that they accept too many students that are simply too immature to be there. If you don’t believe me, think about what college campuses would look like if you could only attend once you turned 20 or 21. Give me one year of age over a hundred extra points on the SAT any day.

I watched a documentary recently on D-Day. I’ve been somewhat of a student of WWII and veteran issues for years. What keeps me fascinated is the realization that many of these soldiers were mere kids by today’s standards—18- or 19-year-olds, fresh out of high school, and I try to imagine them in today’s world and I simply can’t see them snorting Xanax, or doing a beer bong, or sharing Adderall, or chowing down on a handful of THC-loaded gummy bears. These were 18-year-olds, but in terms of today’s measure of maturity and responsibility, they might as well have been 50. I can pretty well damn near guarantee if social media was around then none of the D-Day mothers would be posting.

“Well, we had to get Kyle moved into to his dorm, register for classes, pick his schedule, tour the campus, find out where his classes are, get him linens and a dorm fridge, meet his roommate, and go to parent orientation.” Post after post making moving into a dorm and registering for classes sound like a Homeric poem. “Well, first we had to get Kyle on a ship that would not be crushed on the rocks by the songs of the sirens and then we had to get him a sword and a shield so he could kill a cyclops. I read where this one guy used his shield as a mirror to cut off Medusa’s head, so we’re going to Costco later to see if they carry that one…”

It’s sad and disconcerting because at the very core of this is a parent, consciously or not, treating an adult like a child. As an ER doctor who is now talking to these young men and women, I want to offer a few words of caution. We need to love them like our child but send them off as adults. 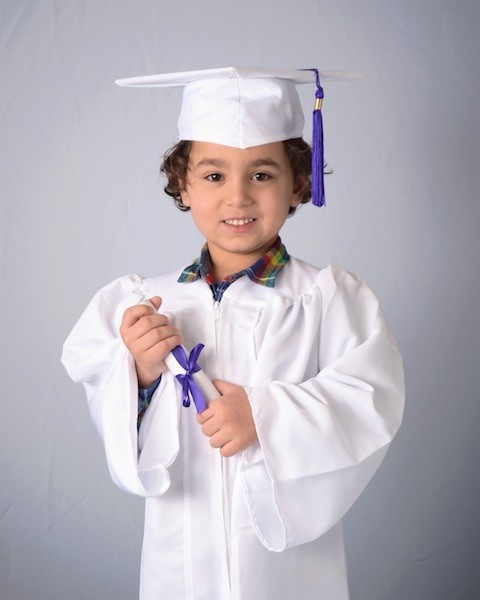 “Do not send children to college.” College is for men and women. It is a place to expand the minds of these young scholars who, if they did not have the good fortune or desire to get a higher education, would be jumping into the workforce or the military right out of high school. It is a place to explore career options, expose oneself to the diversity of thought, hone social and life skills, and make contacts that might translate into future business opportunities or life partnerships.

It is NOT a defacto summer camp. It is NOT a surrogate parent. It is NOT a place to grow up, and it’s about time we step back and contemplate, “Is my child emotionally and mentally ready for college?” instead of “Does my kid have the aptitude for college?” The former is infinitely more important to consider than the latter.

We need to ask ourselves, “Does my child have the strength of character to say no? How independent are they really? Would I feel comfortable leaving my house for two months right now with them alone, by themselves, fending completely? Could I go a week, two weeks, three weeks without talking to them secure in the knowledge that they are fine? Does that describe my child?”

Give me one year of age over a hundred extra points on the SAT any day.

If the answer to any of those questions is no, perhaps a year waiting tables, doing construction, working in a nursing home, taking a welding class, community, and environmental activism, learning about automotive maintenance, being a janitor, or bussing tables would be the best thing for them. Anything but tossing them into an environment full of sedatives, weed, beer bongs, fentanyl, cocaine, sexual promiscuity, peer pressure group-think, and a thousand temptations you never even knew existed.

College will still be there. It is not a race to adulthood. We do not have to disguise putting off college with terms like “gap year” or “intern year” or “leap year” or whatever. There was a time when gap year actually meant you worked at the GAP for a year, and got a ten percent discount on shirts and shorts, too.

Who the hell cares what our friends are doing with their own kids? Who cares where they bought their shield and sword. I, for one, wish I had taken a year or two off between high school and college. In fact, I wish I had served in the armed forces, for that matter. I went from kindergarten to residency. I could have used a couple of years to grow up, too.

We need to encourage our kids to slow it down, to take a longer path to college, perhaps. Expose our kids to real education—the kind of education that comes with a W-2, a boss, getting up early and working late and interacting with people who can’t afford higher education. Make them appreciate the life experiences that come with nailing a 2 x 4, washing dishes, wheeling people to X-ray, picking up garbage, answering telephones. Make them earn their spending money BEFORE college and decide on their own if they’d rather use it on alcohol, weed, a four-block Uber ride, or laundry and food.

Teach them these things and send them off to school as adults.

Or someone else may just teach them how to snort Xanax instead.

Dr. Louis M. Profeta is an emergency physician practicing in Indianapolis and a member of the Indianapolis Forensic Services Board. He is a national award-winning writer, public speaker and one of LinkedIn’s Top Voices and the author of the critically acclaimed book, The Patient in Room Nine Says He’s God. Feedback at louermd@att.net is welcomed. For other publications and for speaking dates or inquiries visit louisprofeta.com.