Are You The Victim of Identity Theft Or Fraud 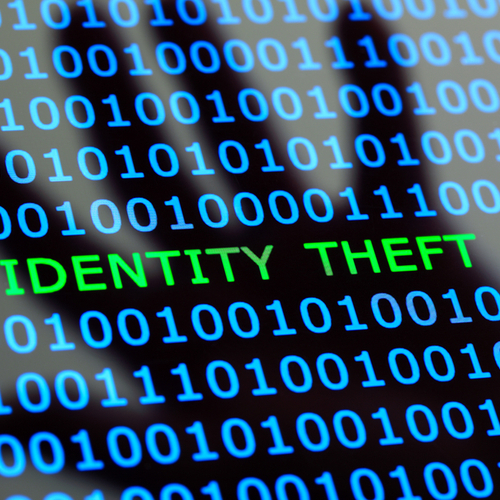 Theft.  Hopefully, you have not been a victim. What about Identity Theft? While not a break-in, it sure feels that way. For my first identity theft experience, I will rewind ten years. Ironically, my job then was with a marketing and technology company.  As a result, I do and did, think myself savvy when it comes to hackers. But on that day, when I went to log on to my online banking account, the website did ask for a lot of personal information. I did find that odd so I closed the browser and opened up a window on my cell phone. Same request for information. Next, I opened a window in Firefox instead of IE and again, the same request. To me, with three different browsers asking for identical information, I did think the request real. FYI: A bank will NEVER ask for personal information.

Immediately, I did recognize that I was making a very bad decision in giving personal information. In an instant, the hacker made a change to my bank password.  Next, I could see the hacker changing passwords to credit cards, financial institutions, and retail stores. Thus began a game of cat and mice. As they would make changes, I would receive an email notification. Then I would make a change to lock out the hacker. The fact that I was literally watching and reacting to every move this hacker was making to my accounts was scary.

But, knowing my mistake, I did close all of my bank accounts. Additionally, I changed every password I had, filed a police report, and closed my AOL account.  Upon the advice of the police, I opened an account with Lifelock. Lifelock does catch many breaches but not everything. Keep in mind, they are only as good as the information you share including bank accounts and credit cards.

Consequently, I drill my daughters and friends not to link through emails but instead open a new browser window. I look for the lock 🔒 on all URLs (and sometimes HTTPS- making sure there is an s for secure).

For some, identity theft may amount to having a credit card stolen. It is annoying when that happens. I have had credit card breaches more times than I can admit. Oftentimes, because I keep alerts on any amount that is a charge over $50,  so I can see any breach happening. I saw someone trying to purchase $7k worth of furniture from a small shop in Chicago. Fortunately, I was able to give them a heads up before they delivered the furniture. The address they were given was an auto garage. I have had hotel rooms booked.

When I had my credit card number stolen in New York, I knew exactly where it happened. I had only used that card at one restaurant. And, when I give my credit card at the bar to cash out, the bartender is gone for a long time. He is gone so long that I even make a comment to my daughters. I speak with the restaurant manager and describe the person and the circumstances. Although I never hear back, what I do know from my experience, is that I am probably not his only victim. And, that is what frustrates and upsets me. We continue to not prosecute those who are responsible.

The police file in my name from identity theft and credit card fraud is about three inches thick. And, while I recognize I am one of many victims, the credit cards build in loss so they do not criminally pursue the thieves. The police do not pursue the thieves either because there is no financial loss. (Because the credit cards do not charge me). It’s so frustrating because I know whoever is stealing my information, is stealing others too. As long as there are no repercussions, there will continue to be a fraud.

Identity theft makes your life complicated. It is not as simple as replacing a credit card. Thieves can do a lot more damage. For instance, they can open new credit cards, make large purchases in your name including homes and cars and make your life a living hell.

The result of having my identity stolen is to freeze my social security number with all three agencies. Periodically, I do have to unlock one of the credit bureau freezes if a credit report is needed. In spite of all of the precautions I take and the lecturing I do about how to avoid fraud and theft, I still fell for an attempt.

Specifically, I made a call to Amazon regarding delivery to the wrong address. At least I thought it was Amazon. The person said my Amazon account was hacked. He did request I close my browser for my email and my Amazon. The scammer also told me that the hackers purchased merchandise using a card ending in four numbers that were, at one point, my credit card. I told him that the credit card had been closed. Red Flag #2 – no one would be able to charge that card since it was closed.

He went on to tell me how we can catch them.  His instructions are for me to drive to the nearest Amazon store to purchase $1000 in gift cards. I did say there were none nearby which of course I am positive he knows. I am told to go to either CVS or Walgreens. Again, all I am thinking about is having my email address and all my personal information hacked again. Not one of my stellar moves as I reluctantly drive to Walgreens.

As instructed, I remain on the phone with the caller and go over to the gift card carousel. In fact, I ask again why Best Buy gift cards and not Amazon gift cards. He gives me a response that makes no sense. But because he sends a text showing a credit to my Amex card to pay for the gift cards, I push my doubt aside.

Luckily, the manager hears me on the phone. She immediately tells me to hang up and pulls my credit card out of the terminal. If it had not been for her quick reaction, I would be out a large sum of money. She tells me that many people are falling for this scam. I am so grateful for the actions of the manager.

Even after hanging up, the scammer calls me back. He asks why I hang up… is he serious? After telling him I know he is a thief and I will be reporting him to the police, he hangs up.

I Am Not The Only One

In fact, I recently was speaking with an acquaintance who had a similar situation that was halted by the quick thinking of a grocery store manager. But I know I am not the only one. HaveUHeard that in 2020, approximately $108.7 million has been reported as lost in scams involving gift cards and reload cards, according to the Federal Trade Commission (FTC), up from $102.9 million for the same period in 2019. Reported losses for all of 2018 were $78 million and $39.7 million in 2017.

Technology, as wonderful as it is, creates opportunities for identity theft, data breaches, and credit card fraud.

In conclusion, although I am still extremely mortified, I am willing to put that aside to warn others that scammers are getting smarter and more sophisticated every day. They have so much access to your personal information.

Let me know if you’ve been a victim too.